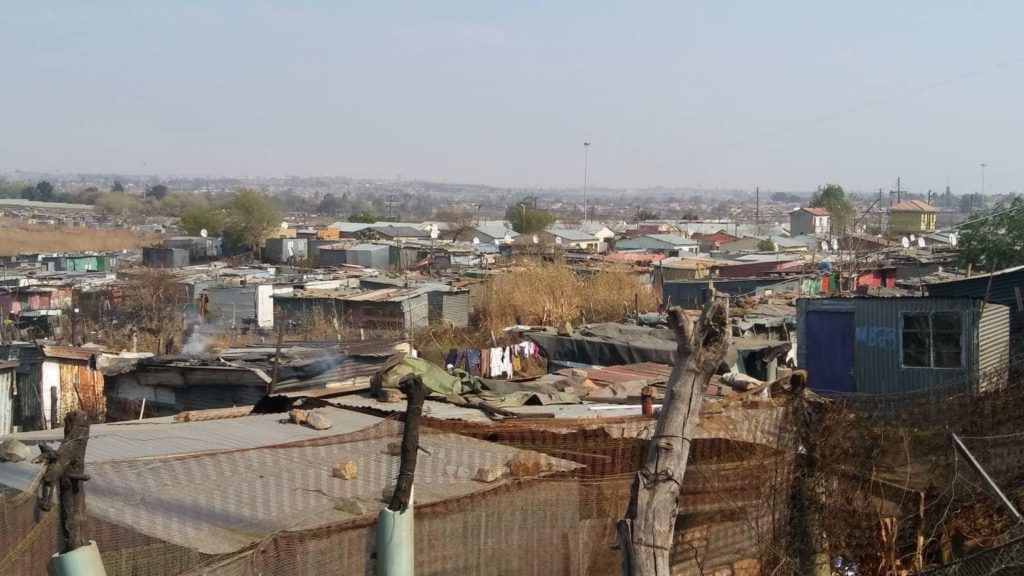 And as you go, preach, saying, ‘The kingdom of heaven is at hand.’ Heal the sick, cleanse the lepers, raise the dead, cast out demons. Freely you have received, freely give. – Matthew 10:7-8

Jesus Christ came into the world to save sinners and give us new life. He fulfilled the prophecy of Isaiah in Isaiah 61 – “The Spirit of the Lord God is upon Me, because the Lord God has anointed Me to preach good tidings to the poor; He has sent me to heal the brokenhearted, to proclaim liberty to the captives, and the opening of the prison to those who are bound.” He gave authority to His disciples to continue the work before He ascended into heaven, telling them to “Go therefore and make disciples of all the nations, baptizing them in the name of the Father and of the Son and of the Holy Spirit, teaching them to observe all things that I have commanded you; and lo, I am with you always, even to the end of the age.” (Mat 28:19-20) Jesus then commanded His disciples to wait for the promise of the Holy Spirit, telling them, “But you shall receive power when the Holy Spirit has come upon you; and you shall be witnesses to Me in Jerusalem, and in all Judea and Samaria, and to the end of the earth.” And when that Great Holy Spirit fell on the disciples, Peter stood up and declared to the crowds watching, “Repent, and let every one of you be baptized in the name of Jesus Christ for the remission of sins; and you shall receive the gift of the Holy Spirit. For the promise is to you and to your children, and to all who are afar off, as many as the Lord our God will call.” (Acts 2:38-39) So then from Isaiah to Jesus to his disciples to Paul, and now to us – this great mission is given. It has been laid out and made very clear what the will of God for us is in this world, and it is such a joy and privilege to be able to follow in the footsteps of Jesus and Peter and Paul and many others, and fulfil this Great Commission that the Lord has given us!

Now that we know the mission, it is up to us to follow God’s leading into the specific places He is calling us to. For some, it might be your own neighbourhood, your workplace or school. For others, it might be to leave your home and go somewhere new. To China, perhaps, or England, or Africa. We are now in South Africa, after serving God for six years in Mozambique, and because our hearts burn for the worst of the worst, the places nobody else wants to go, we are so excited to be going into Soweto, a huge township in Johannesburg, consisting of over 1.3 million people, some of which live in abject poverty – whole families living in one room shelters made of tin.

Soweto – meaning ‘South Western Township’ – Was first created in the 1930’s when the South African Government started separating Blacks and Whites in what is now known as ‘Apartheid’. Blacks were moved away from Johannesburg and made to live in these townships which usually sprung up near rivers or railway tracks or highways. Soweto is also the location for the beginning of the uprising to abolish Apartheid following protests by students in 1976 when a new law was passed requiring all schools in the area to teach all their classes in Afrikaans – the language of the ‘Whites’. These protests were violently suppressed and 176 students were killed, a further 1,000 injured. There is now a memorial in Soweto with a museum in honour of the students killed, among them Hector Pieterson, a twelve-year-old boy whose famous photo of his body being carried down the street by a youth, still stands on the street where he was killed. Further uprisings occurred in the 1980’s until Apartheid was finally abolished in 1994. Soweto was home to some of the greats such as Nelson Mandela and Bishop Desmond Tutu.

Today, over 98% of the population of Soweto is still black, the other 2% made up of coloured, Asian and very few white races. All eleven languages found in South Africa are spoken there as many people have moved there from all over South Africa. The main language spoken is isiZulu, and is understood by most, for those of us who find learning eleven languages a little too daunting! Most people live in “Matchbox” houses – cheap four-room houses provided by the government back when the township was first being settled. There are now small pockets of Soweto growing where prosperous Sowetans are building wealthier homes. There are also many “Squatter Camps” – areas where people build little shacks made out of tin to live in. Violent crime statistics for South Africa as a whole are quite shocking, with 56 reported murders a day. According to the nation’s Crime Statistics for 2017/2018 Soweto ranks as the seventh most dangerous area in the whole of South Africa. As far as we are concerned, that makes it a perfect place for the gospel – the great love and power of Jesus Christ to be shared. 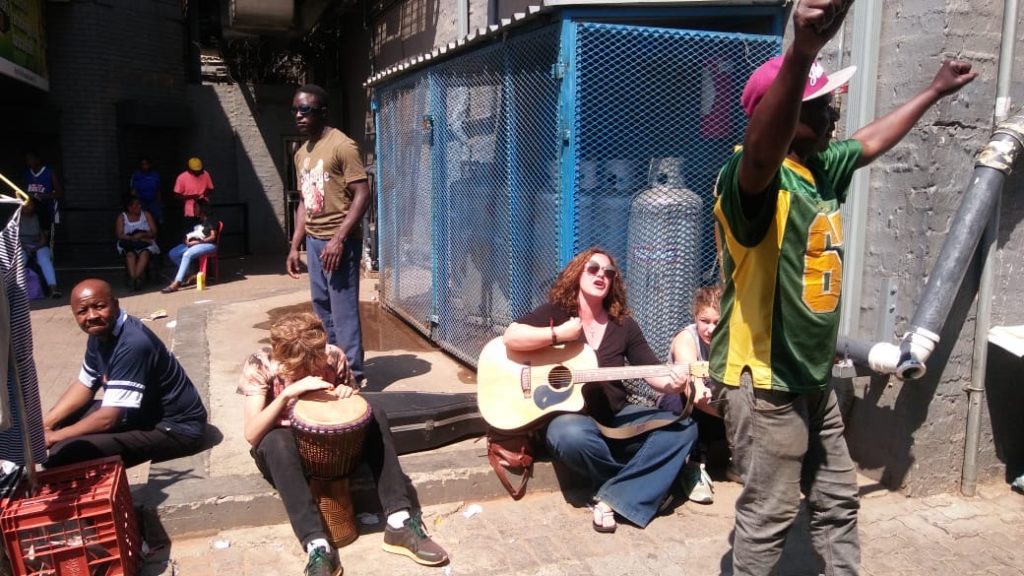 When Paul went to Athens, he searched out the place, studying how they lived, and saw a sign “To the unknown God” (Acts 17:23). He proceeded to preach to them, telling them that His name is Jesus. There is no ‘right’ or ‘wrong’ way to preach the gospel. There is only the gospel, and when you go into a new area, you need to allow the Holy Spirit to show you the way into the hearts of the people there. He is the One who knows their hearts and knows what needs to be done. Whether it is to show acts of love and kindness, and bring the message of Christ with those acts, or to stand on a street corner and preach at the top of your voice; to share the message of hope to telemarketers when they phone your home or paint prophetic art at a marketplace – the method will vary greatly, but the message remains the same. When we first went into Soweto, we found that we were the only white people for miles and were looked upon with a great amount of curiosity and some wariness. It was obvious that white people don’t tend to venture into this area. We knew that preaching at them wouldn’t work. We have preached on the streets in many places and had great results, but this wasn’t what the Holy Spirit was guiding us to do here. We needed to show them that we are one of them – not superior, but equals. So I brought my guitar out and sat right there on the pavement in the dust, and began to sing while my 14-year-old son played the djembe beside me. That quickly got peoples’ attention and many people stopped to watch, sing along and thank me for just wanting to hang out with them. It really touched peoples’ hearts, and when they stopped, Ash was able to pray with them, talk to them and share the great message of salvation with them. After singing at the busy marketplace, we went to one of the nearby squatter camps and handed out oranges to the children. The parents came out to watch and we very quickly made friends and prayed with people there as their hearts opened to us. They were amazed that we would come with no agenda but to just get to know them and hang out with them.

Fruits of our mission 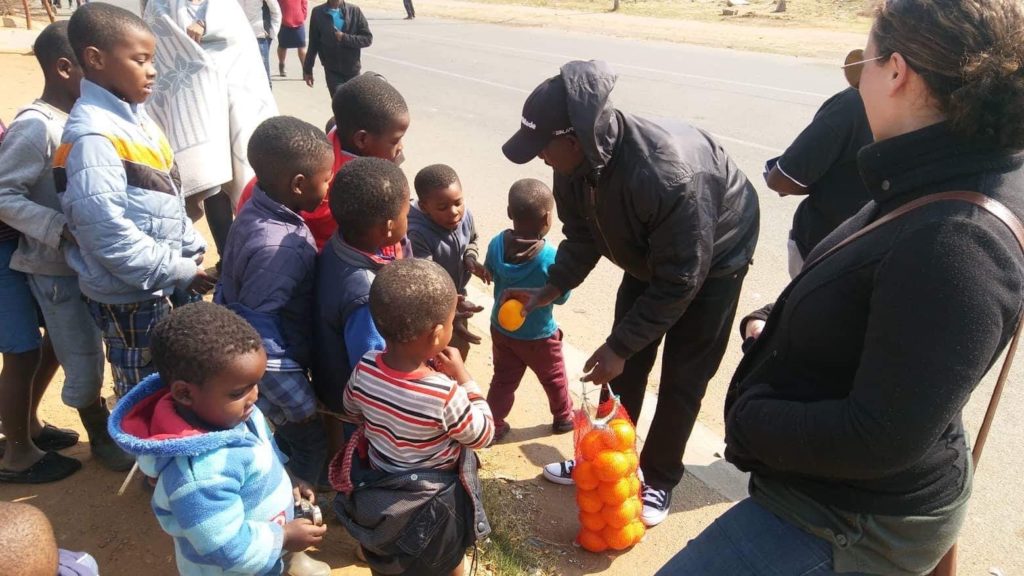 So far, we have had an amazing response to the work of the gospel in Soweto. On one of our visits to the marketplace, a man who was very drunk came to sit with us and listen to my songs. Ash tried to pray with him but he refused at first. After a while, he came to speak to me and told me that he had been empty inside, but that my music had filled his soul with hope. He let us pray with him then, and by the next hour, was kneeling on the pavement beside me, worshipping Jesus. Ash was speaking to a man on one visit and received a word of knowledge for him from the Spirit of God (1 Cor 12:8). He told him that the Lord had told him that one of his family members was very sick, but was a great distance away, and the man was very worried about them, but not to worry because the Lord would heal them. Amazed, the man asked Ash how he could possibly know that. He told Ash that his mother had just had a stroke and was in the hospital, but she was very far away in Mozambique and the man had no way to get to her. Ash was able to share the gospel with him and pray with him for his mother’s healing. A group of youth stopped to listen to me singing one time and told Ash that if we planted a church in Soweto they would come because they saw that we had no religion in us but they could see that we genuinely enjoyed being with the people of Soweto. We were real and authentic and they would welcome our church. When we went to the squatter camp we spoke to one man who happened to be on the council in the area. We had been sharing the gospel with him, and he told us that he would speak to the council about giving us permission to use the vacant field beside the camp to use for meetings and church. There are so many testimonies. God has flung the door to Soweto wide open because He loves the people of Soweto so much. When you listen to the Spirit of God and follow His voice, you will be amazed at the miracles, salvation and overwhelming love that is poured out. We are so excited because we know that this is only the beginning. We can’t wait to see what God is going to do in beautiful Soweto.

There is no greater delight or moment when you feel closer to the Holy Spirit as when you are sharing the message of salvation with someone who is not yet saved. I encourage you to share the gospel with someone this week. If you have never done it before, pray to the Lord to give you boldness to speak. Ask Him to show you how you can be a witness to Jesus. Remember, there is no wrong way. For some of us, we love to preach in front of crowds, for others, one on one is better. Maybe when you are at the checkout at the supermarket this week, you can tell the checkout person that Jesus knows their name and their troubles, that they are not forgotten but so important to God and you can ask to pray for them. There are just so many ways to share the gospel. Find someone this week, and tell them about Jesus. Share your testimony with someone. I promise you, you will feel such an exhilaration and joy after you have done it. It is the joy of heaven! May God bless you exceedingly, abundantly above anything you have ever asked or imagined as you pursue Jesus.